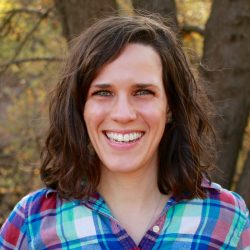 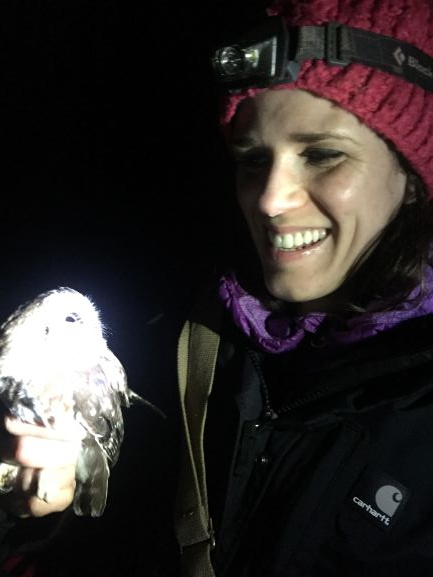 Julie Woodruff is a well-seasoned and knowledgeable biologist who has been with Sequoia since 2017. Specializing in work with birds (particularly owls) and amphibians, Julie holds a bachelor’s degree in Biology from California State University, Chico. In addition, she holds a master’s degree in biology from the same institution. A passionate and versatile biologist, Julie currently holds several permits for special-status species and to conduct migratory bird research—including a United States Geologic Survey (USGS) Federal Bird Banding Permit, a US Fish and Wildlife (USFWS) recovery permit for working with Sierra Nevada yellow-legged frog, California red-legged frog, and California tiger salamander, a California State Scientific Collection Permit and Memorandum of Understanding for Sierra Nevada and foothill yellow-legged frogs and California tiger salamander, along with an East Bay Regional Parks permit to conduct research locally.  Julie fell in love with the natural world, growing up in rural Shasta County on 40 acres of pristine grassland and blue-oak woodland habitat, and knew she wanted to work with animals in some capacity.

While Julie is passionate about many of the species we work with at Sequoia, her favorite would have to be the spotted owl, because they are amazing, serene creatures and seem “tame” when you are able to locate them during the day. When asked what her favorite part about working at Sequoia is, Julie, replied: having a great team who are all passionate about our work and are willing to drop what they’re doing to support you. When out on long field days, she stays fueled up with her favorite field snacks: peanut butter and jelly sandwiches, Perfect bars, or apple slices with peanut butter (anything with peanut butter!). Speaking of fieldwork, when asked if she has a favorite field memory or story Julie described a memorable day when she was doing telemetry fieldwork for her Master’s Thesis study, she literally walked into a spotted owl roosting on a low branch, which ended up being the first observation of that species for the University’s Reserve property!

When she is not hard at work at Sequoia, Julie enjoys many hobbies and pastimes such as cooking or baking, gardening, and running. In fact, Julie recently competed in the 2020 Olympic Marathon Trials in Atlanta, right before COVID-19 shutdowns began.

Julie’s favorite place in the world to enjoy nature is anywhere there are old-growth trees because they can provide a glimpse of what life was like before humans came and settled the area. Her most memorable field observation was when she was fortunate enough to find and document a willow flycatcher when she was a wildlife technician for the US Forest Service. This observation sticks out because it was the first willow flycatcher observed in over 15 years on the district, and on an area that had been recently restored! She was also lucky to observe a pair of male Pacific fishers wrestling in the middle of the road when doing fisher telemetry in the Sierras of northern California.

If Julie were not working in environmental consulting, she would likely pursue a career in veterinary medicine.

Thank you, Julie, for all your hard work and dedication. We are so lucky to have you on our team!